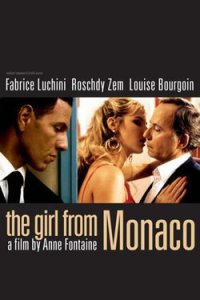 A foreign film worth checking out in my opinion is titled “The Girl From Monaco” – it is set for limited engagement and start date varies from site to site so check your local listing for scheduled showing in your neck of the woods.

The story is about a well to do attorney who goes to Monaco to defend a well-known criminal. However, instead of focusing on the case, he falls for a beautiful woman who he meets along the way.

His erratic behavior causes friction between him and his client, not to mention the fact what the girl he falls for has up her sleeves. Also since the case he is involved with is a dangerous one, he brings along a bodyguard, who noticing the attorney’s out of control behavior, decides to step up and save him or not.