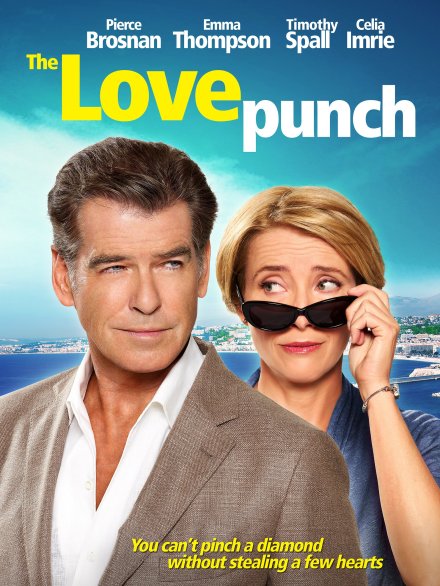 During lockdown, in the states mostly we have a few options, either venture outdoors on a trek or stay home and catch up on films from A-Z on Netflix, Amazon Prime and others.  So considering the worst of weather conditions out here in California these days with the fires, watching films is now winning.

I selected The Love Punch only because I happen to appreciate Emma Thompson and in many ways (Bond ways) I do also Pierce Bronson.  Also the fact, I miss Europe right now. So this film checked all the boxes on my checklist for a giddy sort of  entertainment. Which it was, in a usual comedic fashion.

Man and woman are divorced, with a child off to college, they discover their business is being mismanaged by an investor, so they venture off together from England to France to confront such a man.  You figure out the rest.

The most interesting trivia from me at least is that, I was in Paris the year the movie was being filmed. And one afternoon while strolling through the prominent Avenue Montaigne and Avenue Georges V admiring the boutique designer shops, I saw Pierce Bronson on the telephone at curbside, while his son stood near by.  Almost fell of the curbside doing a double take of his debonair.

That’s it.  See the film if you are aching for comedy, Europe and all things British sense of humor.