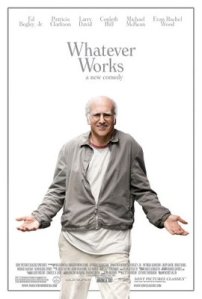 Good to hear, Woody Allen wrapped another movie which he wrote and directed of course. After making his last four movies in Europe, he returned to New York for this one. The story is a dark comedy about a man, Larry David, who gets caught up in a series of love stories which ends him up with Evan Rachel Wood and her twisted world. According to various entertainment news, that although the movie is classic Woody Allen , it is still different from any others his done so far.
Sony Pictures has picked up the movie for release scheduled June 19, 2009. The initial budget for making the movie was 15MM – can’t wait to see the end result. In my opinion, anything Woody Allen does is worth seeing. Stay tuned for more updates as this project is labeled “in production” which means the information regarding the movie could change.