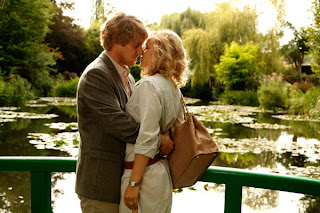 With a title such as Midnight In Paris, how can you think the Cannes Film Festival committee would pass up considering the film for opening night? Good work Woody Allen.

No seriously, I am happy to report, the much anticipated (well by me anyway) Midnight In Paris will premiere opening night at the Cannes Film Festival 2011 and will feature the acting debut of France’s first lady, Carla Bruni-Sarkozy.  In addition to the first lady, the cast includes Owen Wilson, Rachel McAdams, Marion Cotillard and Michael Sheen. Although there isn’t too much info about the film in it’s entirety, the short synopsis is as follows: Allen, will once again, through film, explore our relationship with art and history, pleasures and life itself.  I can’t wait, I am a fan of Allen and appreciate most any film revolving around France.

The 64th Cannes Film Festival will run May 11-22 and once again I wish I could attend but due to conflict in schedule I will miss is yet this year.