I really have a difficult time accepting certain classic film remakes. The Great Gatspy is one of the movies I wish they would just leave it alone. But, the wheels are in motion and the cast pretty set in stone, so there is no turning back. Oh but wait, this is Hollywood after all and anything is possible. One can only hope, in this case.

But, in all fairness, the project team for GG2 has put together a pretty solid cast and the finalists (as of Apr 2011) are: 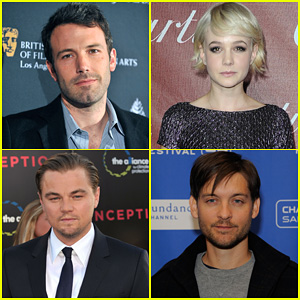 Let me ponder over this list while I envision the casting dynamics of the young actors, who, in my opinion have some big shoes to fill.