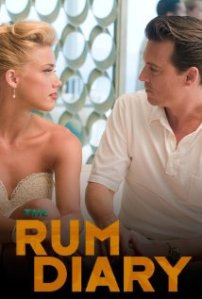 I have been waiting for word about the film The Rum Diary with Johnny Depp, based on a novel by the same name, for a while now. Finally it seems the film is due for release late October 2011, after struggling to find a distributor since 2009.

The story is about Paul Kemp (Depp), a freelance journalist who spends time in Puerto Rico while searching for a story and his soul.

The most noticeable and exciting fact is, that Johnny Depp finally shows his face in this film, but the most disappointing and sad fact is, I am not sure how well the film will do at the box office.

Check out the trailer and see for yourself.