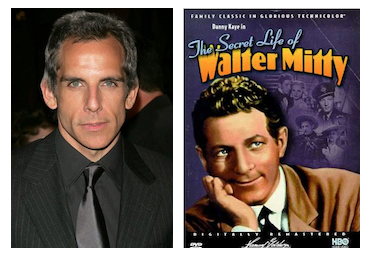 Finally, after much debate and deliberation the jury has made a decision. No, but seriously, not sure if this is any important news to anyone but myself  (because I happen to like Ben Stiller) but his “possibly” attached to the Remake of the 1947 Danny Kay film “The Secret Life of Walter Mitty”. (which I like as well)

Apparently, this film has been stewing in Hollywood and has passed hands more than a terrible  American football or basketball game. At one point, Jim Carry, Mike Myers, Owen Wilson, Will Ferrell and Sacha Baron were being considered to play the role and Steven Spielberg, Ron Howard or Gore Verbinski were to helm the project, but apparently the script wasn’t right for anyone. So,  Fox Studios has finally got it together enough with Steve Conrad’s penmanship (The Pursuit of Happyness) for Ben Stiller to show interest.  Now if they could get a director to take on the project, we can all rest assure that the film will begin shooting in the Fall.

I am very excited and hope this project pans out. Stay tuned.