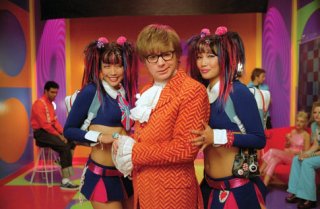 A decade or so after the last installment of Austin Powers, we have word that number 4 is ready for filming. Mike Myers is on board of course, just trying to find out if Ray Roach (director of previous A.P) is on board as well.

The first Austin Powers: International Man of Mystery in 1997 grossed 70M with a budget of only 16M. Two years later, Number 2: The Spy Who Shagged Me went on to gross 312M worldwide, followed by Austin Powers In Goldmember at 296 in 2002. I guess I am wondering if ten years later, how much of  an audience Austin Powers/Mike Myers could lure to the move theatre?